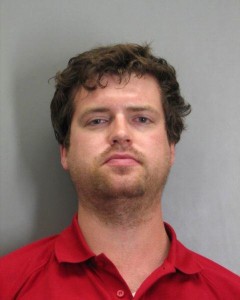 Fairfax County Police have made an arrest in a series of destruction cases in which office buildings were damaged by gunfire.

Matthew Charles Malacarne, 29, of Herndon, was charged with one count of felony Destruction of Property and one count of Shooting into an Occupied Dwelling for an incident that occurred Aug. 3, police said.

The investigation included detectives from Fairfax County, as well as the Towns of Herndon and Leesburg. The latter have been investigating similar cases in each jurisdiction.

In each of the two Fairfax County incidents, the suspect discharged a gun, striking a building during the overnight hours. In one incident, there were employees inside the business, police said.

Police were led to Malacarne after a shooting earlier this month. On Monday, Sept. 21. An employee of a business located in the 2200 block of Corporate Drive in Herndon reported to police that several pieces of equipment were damaged during the evening hours of Thursday, Sept. 17.

Detectives investigating the report determined the suspect intentionally damaged a security camera, a key lockbox, a satellite dish and shut down the building’s elevators, costing thousands of dollars in damages. Police received additional information that enabled detectives to identify that suspect.

A felony Destruction of Property warrant was obtained for the destruction case on Sept. 17, and detectives took Malacarne into custody on Friday, Sept. 25. A search warrant was also served at his residence that same day.

Evidence obtained during that search warrant led detectives to also charge Malacarne for the two early-August destruction incidents where buildings were shot in Fairfax County.

Detectives in the Town of Herndon have also pursued charges for the incidents in their jurisdiction. Malacarne is currently being held in the Fairfax County Adult Detention Center without bond.

FCPD said that anyone with information is asked to contact Crime Solvers electronically by visitingwww.fairfaxcrimesolvers.org or text-a-tip by texting “TIP187” plus your message to CRIMES(274637)** or by calling 1-866-411-TIPS(8477).