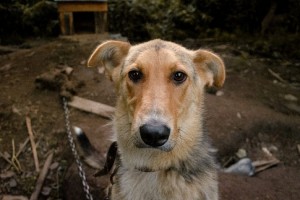 How long is too long to leave a dog tied up in the yard?

The Board of Supervisors has scheduled a public hearing for Tuesday, Oct. 20, to consider a proposal prohibit tethering of dogs outdoors for more than one hour cumulatively during any 24-hour period.

The amendment, if approved, will also incorporate into county code the Code of Virginia’s cruelty to animals provisions, which address the definitions and penalties for neglect, cruelty and abandonment of companion animals, the county said.

County officials said in a release the dog-tethering proposal is modeled after the City of Richmond’s tethering ordinance, determined to be the best fit based on a survey of jurisdictions across Virginia.

Richmond’s rules are endorsed as model legislation by the Virginia Federation of Humane Societies and the Animal Law Unit of the Virginia Attorney General’s Office. Several Virginia cities and counties have enacted tethering legislation, including cities of Fairfax and Alexandria and Arlington and Fauquier counties.

The Humane Society of the United States says continuous tethering is bad for dogs.

“As pack animals, dogs have been bred for thousands of years to form a strong attachment to a human family,” the Humane Society says on its website. “An otherwise friendly and happy dog, when kept continually chained and isolated, often becomes neurotic, unhappy, anxious, and aggressive. In fact, studies show that chained dogs are much more likely to bite than unchained dogs.

Chained dogs also may unintentionally hang themselves if they are tethered too close to a fence and attempt to jump it, the Humane Society says.

Here is what the new Fairfax County code would say: