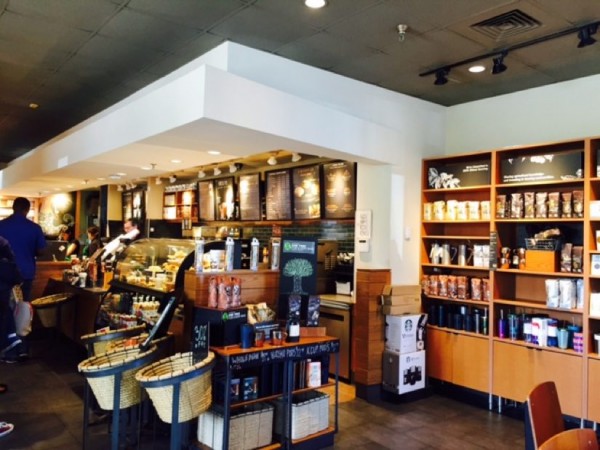 The South Lakes Village Center Starbucks may soon become a place for a glass of wine and small plates in the evenings.

The South Lakes location, at 11170 South Lakes Dr., is one of several Virginia locations seeking a license to sell wine and beer. The application was filed last week, according to Virginia Department of Alcoholic Beverage Control permit records. Other Northern Virginia Starbucks also seeking to add beer and wine service are in Arlington, Purcellville, Chantilly, Sterling and Great Falls.

The effort is part of the Starbucks Evenings program, which rolled out in August. The company began testing it in New York City, Denver, Miami, Orlando and Northern California. It has filed alcohol license applications for several hundred locations nationwide.

“We learned resoundingly that our customers want to come to Starbucks and have a glass of wine or a craft beer,” Rachel Antalek, Starbucks vice president of concept innovations, told USA Today in August. “There aren’t that many places to go in the evening where you can go very relaxed, very casual. It’s not loud. You can actually have a small group and hear yourself talk.”

On the Evenings menu: cheese plates, bacon-wrapped dates, spinach and artichoke dip, and truffle popcorn. There are about 10 wines on the wine list (available by the glass or bottle), as well as craft beer.