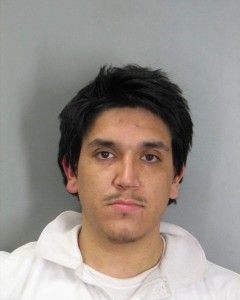 Fairfax County Police have arrested a man they say robbed and assaulted a woman near the parking lot of the Best Buy store at Reston’s Spectrum Wednesday night.

Police said Raul Soto, 25, of no fixed address, followed the victim, 19, from the parking lot about 11:15 p.m. The victim told police Soto blocked her path and made demands of her as she approached the tunnel that leads under Reston Parkway. He knocked her down, assaulted her, stole her phone and fled.

The victim called police, which dispatched several resources, including a helicopter and a tracking K-9 and handler.

Soto was charged with robbery and transported to the Fairfax Adult Detention Center.