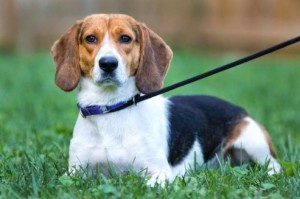 The Fairfax County Board of Supervisors spent several hours discussing the definition of “dog tethering” on Tuesday before ultimately passing a new ordinance aimed at controlling the practice.

Is it considered “tethering” to tie your dog to the deck while you garden? How about to clip the pet to the groomer’s table or simply keep him from running away?

The Supervisors had been seeking a change to the Code of Virginia’s cruelty to animals provisions, which address the definitions and penalties for neglect, cruelty and abandonment of pets.

The Fairfax County rule now makes it illegal to tie a dog up outside for more than 60 minutes in a 24-hour period.

County officials previously said the dog-tethering proposal is modeled after the City of Richmond’s tethering ordinance, determined to be the best fit based on a survey of jurisdictions across Virginia. Several Virginia cities and counties have enacted tethering legislation, including cities of Fairfax and Alexandria and Arlington and Fauquier counties.

There was much discussion Tuesday about what it would mean if the dog was tied up for 61 minutes rather than the allotted 60.

“I never contemplated this would limit the amount of time you could walk your dog,” said Supervisor Michael Frey (Sully), a lifelong dog owner.

Frey added wording to the new code, which states the 60-minute limit “unless the dog is under direct supervision of his owner or a custodian.”

The motion, and the overall rule, passed.

The supervisors heard from about a dozen citizens and animal groups representatives in the public hearing portion of the meeting.

Gina Lynch of the Humane Society of Fairfax County called enacting the rule “a momentous accomplishment.”

“This will really send a message to those who would possibly abuse an animal — not today; not ever.”

County animal control officials said the ordinance is aimed at educating and stopping dog owners who would leave dogs tethered outside constantly. Tethering is bad for dogs and can cause them harm, such as in an accidental hanging or inability to defend themselves against other animals, the said.”

Not all animal advocates were in favor of the rule.

Alice Harrington of the Federation of Virginia Dog Clubs and Breeders, said “this assumes all tethering is bad, and this is not true.” She cited groomers and “dogs who are escape artists” as situations where tethering would help the pets.

“How do you cite someone for animal cruelty if there is no harm to the dog?” she said.

Said Frey: “This is not intended to solve every single problem that occurs with tethering but a section that will apply in unique circumstances, The bottom line: judgment is always going to be key in enforcing laws.”