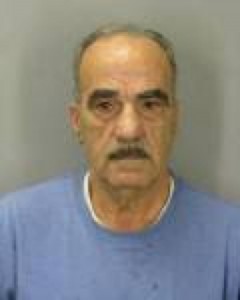 A 71-year-old man has been charged with three counts of aggravated sexual battery and one count of indecent liberties after reportedly assaulting a 10-year-old boy in shower stall at Oak Marr Recreation Center in Oakton.

Police were called to Oak Marr, a Fairfax County Park Authority pool and rec center, at around 12:50 p.m. Saturday after an employee noticed suspicious behavior in the men’s locker room area of the facility.

Police responded to the scene and began an investigation, along with recreation center personnel. A suspect was quickly identified and subsequently arrested.

Detectives ask that anyone with information regarding this incident to contact them.

They also encourage parents/guardians to report any conduct that makes you or your child uncomfortable. Discuss this issue with your child and remind them about the basic tenets of personal safety.

Anyone with information about this incident should contact Crime Solvers electronically by visitingwww.fairfaxcrimesolvers.org or text-a-tip by texting “TIP187” plus your message to CRIMES(274637)** or by calling 1-866-411-TIPS(8477), or call Fairfax County Police at 703-691-2131.