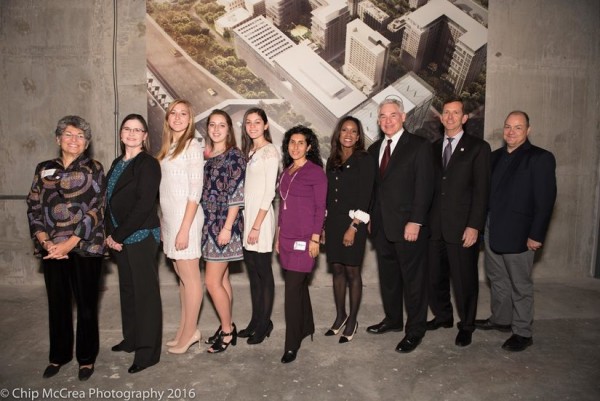 From a local yoga studio to corporate giant Google, eight individuals and businesses who have had an impact on making Reston a better place will be honored this year as the Best of Reston.

The 25th annual awards for community service are a collaboration between the Greater Reston Chamber of Commerce and Cornerstones. The awards gala April 7 at the Hyatt Regency Reston is a major fundraiser for Cornerstones, the Reston non- profit that helps people in need find affordable housing, food and other necessities.

The community gathered at Reston Station Thursday night to announce the 2016 honorees:

Jim Elder — A coach with Reston Association’s tennis program since 1997, Elder is being honored for teaching Reston youth that good sportsmanship and fair play are as essential to playing the games they love as skills, stats and strategy. 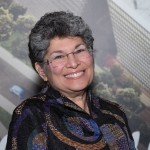 Leila Gordon — Gordon, the executive director of the Reston Community Center was chosen for “putting community at the center of the Reston experience.” Gordon has been instrumental in increasing community arts, education and recreation programs for people of all ages and incomes in Reston. 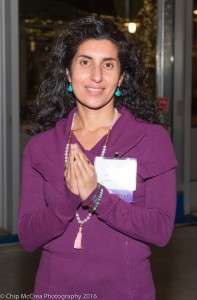 Beloved Yoga — Maryam Ovissi, founder of Beloved Yoga, earns the award for “providing the tools for self-empowerment, self-healing and self-realization coupled with the belief that giving back to community is powerful when we thrive together.” Ovissi takes her yoga and meditation programs into the community to bring it to new participants such as youth and seniors. She is also founder of Reston Town Center’s annual Love Your Body Day.

Bechtel — The relative newcomers to Reston have given back to community by giving employees opportunities to “create positive impacts throughout Reston, the Dulles Corridor and the world by encouraging them to follow through on their own purpose-driven interests and passions.”

Google — Google has a large Reston office, and its employees are encouraged to “tackle local and worldwide challenges in education and poverty relief; and the support of returning service men and women and our K9 heroes.”

Friends of Reston for Community Projects — This nonprofit group helps support Reston projects, and has been instrumental in building and supporting Nature House at the Walker Nature Education Center, as well as providing Reston Association camp scholarships and resources for the Cedar Ridge Community Garden, among others.