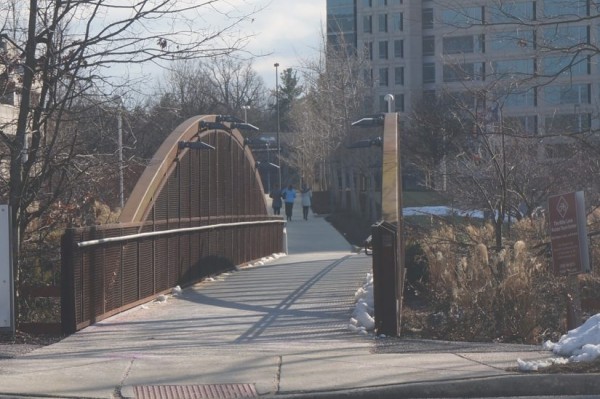 The bridge had been closed for months, prompting several Reston Now readers to ask if there was not some bigger development project at work.

The bridge’s troubles actually began last winter, when the bridge that crosses over the W&OD Trail suffered damage from ice melter over multiple winters, said a spokesman for Boston Properties, which owns the bridge.

Supplies to fix the bridge were ordered, but then sat in place for several months.

Pedestrian connectivity will continue to be an important issue as the Silver Line’s Reston Parkway station, and accompanying development, prepare to open in 2020.

The Reston Parkway station will be in the center of the Dulles Toll Road, about a half-mile from Reston Town Center. However, major mixed-use development is expected to take place on the 33 acres owned by Boston Properties linking pedestrians from public transit to the existing town center.

END_OF_DOCUMENT_TOKEN_TO_BE_REPLACED

More Stories
FAA: Drones Can Take to the Sky in Reston Once AgainMore Development May Be Heading for Plaza America Area