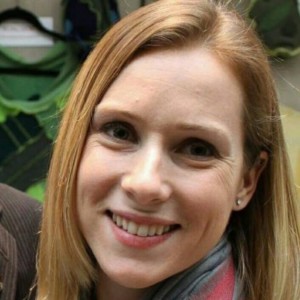 Fairfax County Fire and Rescue officials are investigating whether comments on the Fairfax Underground forum may have led to the suicide of Firefighter-Paramedic Nicole Mittendorff.

In a news conference yesterday, Chief Richard Bowers said the department’s preliminary investigation has determined that there was no departmental knowledge of any bullying or harassment regarding Mittendorff prior to her disappearance.

Mittendorf, 31, of Woodbridge, was missing for about a week before her body (and a suicide note) were located in Shenandoah National Park.

It has been reported that Mittendorff had been cyberbullied — possibly by fellow firefighters — on that site.

Bowers said an investigation through the county’s Department of Information and Technology shows a county computer was not used to access Fairfax Underground, which is an unmoderated.

Said Bowers: “The web forum is independently maintained and not associated with Fairfax County government. At this time, the department does not know if the posts were authored by any county or Fire and Rescue Department employee. Investigators are actively continuing with the investigation and using every resource available.”

Bowers said Fairfax County Fire and Rescue maintains a “zero tolerance'” policy in regards to bullying and harassment of any kind.

“I will hold any county employee or volunteer accountable for these hostile Fairfax Underground postings, which could include termination,” he said.

The Fairfax County Fire and Rescue Department will establish a task force with representatives from the IAFF Local 2068, Female Firefighters of Fairfax County, and other employee groups to address any issues that may exist within the department related to discrimination, harassment, and bullying in the workplace, said Bowers.

Changes will include implementing additional “zero tolerance” harassment training. Bowers will also implement a comprehensive suicide education and prevention program throughout the department.

The program will include extensive education and training in suicide prevention and mental illness. A continued emphasis will remain on behavioral health education and training with guidance from the International Association of Firefighters, International Association of Fire Chiefs. This includes increased training in the National Fallen Firefighters Foundation Stress First Aid Course, which is designed to reduce the risk of stress reactions in fire and rescue personnel.