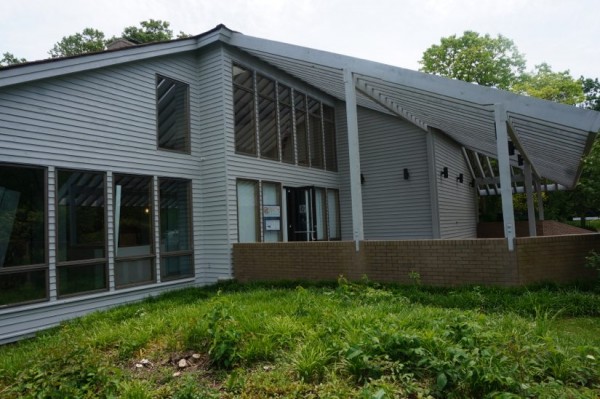 The Reston Association Board of Directors voted on Thursday to move $430,000 from RA’s 2016 Operating Fund to cover the cost overrun from the Lake House project.

But before the vote, there were hours of discussion about how a nearly half-million dollar error occurred and what the organization can do to ensure such a mistake does not happen again.

RA purchased the building, formerly Reston’s Visitor Center, on the shores of Lake Newport for $2.6 million last summer. Acquiring the property would fend off commercial development and add to RA’s open and community space, RA said.

The purchase was narrowly approved by a member referendum, but there was lots of concern among community members that RA was overpaying for the building and its three acres of land, and that members would ultimately bear the burden — with higher annual assessments — of paying for the acquisition.

“It was incredibly unfortunate the mistake that was made in the pro forma,” RA CEO Cate Fulkerson said at Thursday’s meeting. “I own that mistake, along with my staff. It was an error that should not have been made.”

Fulkerson outlined to the board some of the things that went wrong:

RA was counting on two six-month rentback periods from former owner Tetra Partners. That would have given RA more than $100,000 through 2016. But Tetra President Bill Lauer died in spring of 2015, and his widow chose not to continue at the space. Tetra, which had its offices at the building for more than 10 years, departed at the end of 2015.

That departure accelerated renovation plans by more than a year in order for RA to begin making money at the space.

Renovation costs that ended up being more expensive than estimated. Adding to expenses were LEED certification modifications ($60,000), preferences of the Lake House Working Group ($217,000), and Fairfax County requirements ($26,000), as well as construction inflation costs.

Fulkerson said value engineering — reusing some materials and redlining some planned changes — saved the association more than $200,000 as the Lake House budget was climbing towards $1 million earlier this year.

Fulkerson said she is trying to get RA to change habits — and that the Lake House situation shows the urgency for that.

“We have been licking a finger and sticking it in the air and taking a guess as to what something costs,” she said. “I recognized this last year. We are going to change the way we do business, but this is not an overnight process.”

Fulkerson also said she is going to work on identifying “permanent operating variances” that will save the association money and make up for the mistake. For instance, RA will put off plans to hire a land use assistant until 2017, she said.

She also said she will have a full list of money-saving ideas in June. She will also deliver the association’s 2015 audit next month. She continues to say that RA members will not see a rise in assessments (related to the Lake House) until 2018. However, assessments may rise routinely and markedly anyway, according to RA budget forecasts.

RA Board members said they had mixed feelings about the situation, which they called an error with no ill intent. Some said they may not have voted for the purchase if they knew how much the costs would climb.

They also said it was too late to turn back — RA has to find the money to do the renovations, followed by new systems to ensure it would not happen again.

“I feel extremely hoodwinked that I supported this,” said At-Large Director Ray Wedell, who was an enthusiastic advocate for the purchase a year ago. “We need to have a thorough look by accountants — separate people who have not been involved — to evaluate where we are and give us a recommendation.”

Said South Lakes Director Julie Bitzer: “I wish we all had a crystal ball and we all know more than we know. But I believe in the honesty and integrity and intent of folks. Now we must put in place new processes and procedures.”

Hunters Woods/Dogwood Director Lucinda Shannon said she feels the board and the community were misled.

“That’s a huge concern for me,” she said. “I am also concerned we can find an extra half-million in the operating budget. Assessments are $650. That is a lot of money for some people. For us to think we can go around buying lake houses is very concerning. … If we have made these mistakes, what other mistakes have we made? We need to accept the consequences, accept responsibility and look into what is really happening in our books.”

To that end, the board passed a motion to have the governance committee start the process to review the 2016 budgeting for the Lake House.

The board also approved a revised 2016 budget for the Lake House. When promoting the purchase in 2015, RA said it expected $55,000 net income in the first year. However, the latest budget proposal projects a $4,000 operating loss due to the unexpected expenses.

RA has projected income from the Lake House of more than $100,000 annually from after-school care and event rentals, which will begin in the next several months. Fulkerson said RA has already received 10 rental applications, though renovations on the building are not yet complete. At-Large Director Michael Sanio said he would also like to see a complete review of revenue projections.

The board turned down a request by members to speak after the long Lake House discussion. However, earlier in the meeting, several weighed in during the general member comment period.

“It saddens and angers me where we are,” said resident James Dean. “We are already at a place where we are $430,000 over budget. Many of us told the board not to rush into the referendum. This bears that out.”

He added that if the board has $430,000 available to move over “then the assessments the board voted for are too high.”

Resident Laura Calacci said the overrun is “gross malfeasance; it is sinful and shameful.”

“You talk about sustainable? This is the opposite. It is like a runaway freight train.”