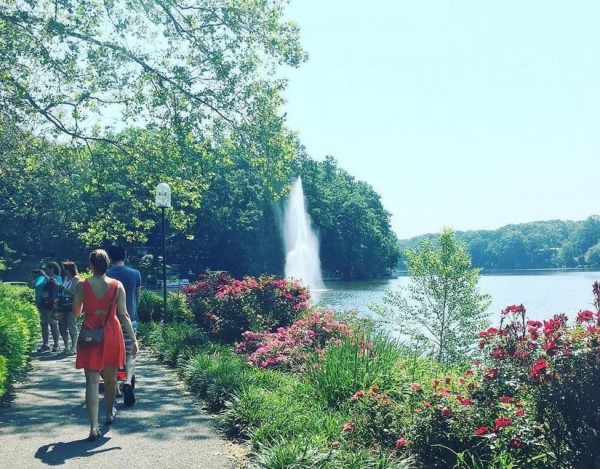 Helios Honors Area Businesses — Reston’s Leidos was among the 10 winners of the annual Helios Apollo Awards. Helios HR, a human capital management consulting and talent acquisition firm also based in Reston, recognizes organizations and their leaders for investing in their people through talent development programs. [Helios]

Fairfax County Sheriff Being Sued by Inmate’s Family — A $15.3 million wrongful death lawsuit was filed Friday in the case of a mentally ill woman who died after a struggle with sheriff’s deputies at the Fairfax County jail last year. [Washington Post]

Giving Circle Accepting Grant Applications — Reston’s Giving Circle of HOPE’s 2016 Grant Cycle opens on June 13. For 2016, the GCH will award grants of up to $7,000 to local nonprofits who help disadvantaged, low-income, or underserved people in the counties of Arlington, Fairfax, Loudoun or Prince William, or the cities of Alexandria, Fairfax or Falls Church. Grant applications are due by 5 p.m. on Friday Aug.12. [Giving Circle]

Optimist Club Honors Aldrin Volunteers — The Herndon Optimist Club recognized Julia Dowsett and Manal Megahed for their impact on the students at Reston’s Aldrin Elementary School. Dowsett, who works in the school office, was honored her leadership on the Aldrin READS program, which provides books for every child to have a home library. Megahed was recognized for her many years of commitment to Aldrin, its PTA and volunteering in the Herndon / Reston Community.

What Happened To The Big Thunderstorm? — There was supposed to be a severe storm Sunday afternoon, but it never really materialized. Here’s why. [Washington Post]