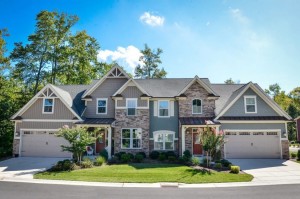 Reston’s NVR is back on the Fortune 500 list after an eight-year absence.

The homebuilder and parent company of Ryan Homes was hit hard by the real estate downturn and was off the list since 2007-08.

But with a 16.1-percent jump in revenues this year over last, the company just barely makes it at No. 498. NVAR posted revenues of $5.2 billion last year.

Eight Fairfax County-based companies in a variety of industries made Fortune magazine’s 2016 list of the 500 largest publicly traded companies in the United States. That is the same as in 2015.

Fairfax County has more companies on the list than 30 states and the District of Columbia, says the Fairfax County Economic Development Authority.

“The Fortune 500 list continues to demonstrate that Fairfax County is one of the best business locations in the nation, and the top location in the Washington area for large headquarters operations,” Gerald L. Gordon, Ph.D., president and CEO of the Fairfax County Economic Development Authority, said in a statement. “The fact that we have eight companies from a diversity of industry sectors on the list also demonstrates the long-established and ongoing evolution of the county’s economy beyond our government contracting base.”

Fairfax County businesses on the Fortune 500: