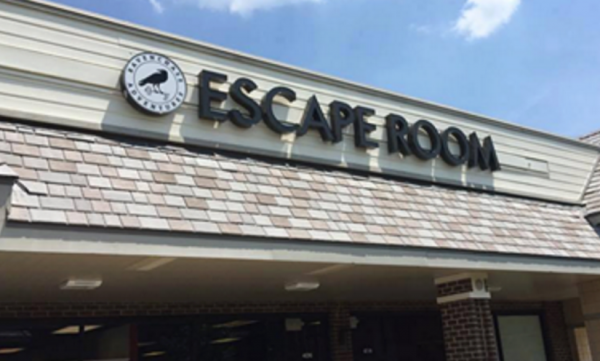 What is an escape room, you ask? Escape rooms are interactive, team-building activities where groups of people are locked in a room with others and have to use elements of the room to solve a series of puzzles, find clues, and escape the room within a set time limit.

So now that you know, here is what to know. Ravenchase Adventures’ Escape Room Herndon is located at the K-Mart Shopping Center (404-406 Elden Street).

Co-owner Omer Aru previously told Reston Now that the facility is 4,000 square feet with three different rooms. The rooms have themes, such as science lab, a pirate ship, a tomb, “The Matrix,” and more. Each room holds its own clues and adventures, Aru said.

Ravenchase has been operating an Escape Room in Richmond for several years.

Players have 60 minutes to escape. The game is ideally for 4 to 10 players per room (up to 28 players at one time). Aru says it is best to gather your team before making reservations.