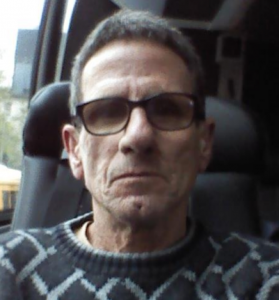 Herndon Police are looking for a Florida man whom they say is a registered sex offender and was taking photos of a child at the Herndon Fortnightly Library on June 11.

Police said Steven Michael Edwards was involved in an altercation in the Town of Herndon Saturday after he was observed taking photographs of a juvenile while at the library.

The altercation was reportedly with the father of a young girl after the father saw Edwards allegedly take photos of his child. Edwards, 58, fled before police arrived.

Court records show Edwards was convicted of peeping in South Carolina in 2006 and of indecent exposure in Fairfax County in 2013. He was caught exposing himself in a Vero Beach, Fla., store in 2015, and was charged with disorderly conduct, failure of a sex offender to register in person with the Sheriff’s Office, and failure of a sex offender to report to the Department of Motor Vehicles.

Herndon Police said Edwards is currently homeless, and he is known to be frequenting libraries in the area. Edwards is about 5-foot-5 tall and 125 lbs. He has brown hair and green eyes. If you have any information,  call 703-435-6846.