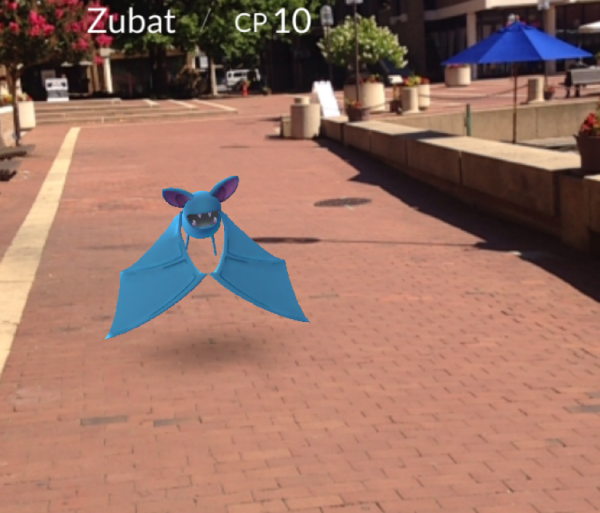 If you see people with their heads down staring at their phones around Reston, chances are they are doing more than reading a text.

They are playing a new game called Pokemon Go, which was released late last week and is the craze of the minute among some smartphone-toting age groups.

Over the weekend, it was heads down looking for Pokemon all over Reston. There were Pokemon reported on the paths and at the town center.

Not really, but virtually.

Players have to walk around their area to “find” Pokemon or visit “Pokestops” that have free items like pokeballs and potions. When they come across a pokemon, it appears on their iPhone screen as if it were in the real world, and players flick a pokeball at the monster to capture it.

Still not sure what Pokemon Go involves? Ask your kids or read this Washington Post story. Here is some fun Restonian had with the little animated creatures. And here are some tips from people who spent all weekend playing it.