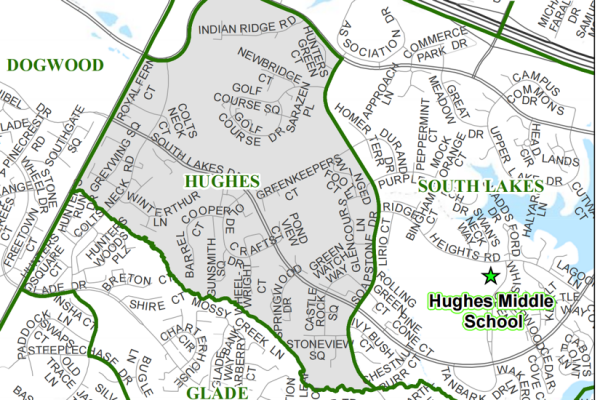 Reston voters who previously voted at Terraset Elementary will now be part of the Hughes Precinct.

The Fairfax County Board of Supervisors is expected to approve the name change at Tuesday’s meeting. That procedure must be followed under Virginia voting laws.

Voters had been casting ballots at Terraset since 1976, but their polling place was moved next door to Hughes Middle School in 2014 to make way for construction at Terraset.

Even though the extensive renovations are expected to be completed soon, it looks as though the voting at Hughes, 11401 Ridge Heights Rd., is there to stay.

The name change does not alter the precinct boundaries (see map above) or the voting representation (it is still the 11th Congressional District; 32nd Virginia House District; and 36th Virginia Senate District).