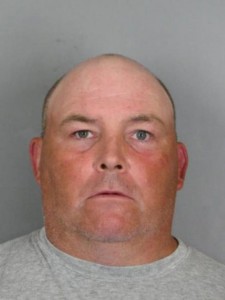 Fairfax County Police have arrested a man in connection with a robbery at the Soapstone 7-Eleven store last May.

Detectives from the Major Crimes Division said they received an anonymous tip through Fairfax County Crime Solvers identifying a possible suspect in the robbery that occurred on Friday, May 20.

With that information and other investigative leads, including security camera footage, detectives were able to identify the suspect as John McCaw Flynn, 45, of Vienna.

In the incident, the suspect entered the store about 6 a.m. on May 20, announced that he had a weapon, and then fled the store with merchandise.

On Monday June 13, detectives obtained an arrest warrant for Flynn. On Tuesday, June 21, the Fairfax County Police Department’s Fugitive Squad located and arrested Flynn and he was transported to the Fairfax County Adult Detention Center.

There was an additional robbery at the same 7-Eleven on May 5, but Flynn is not believed to be a suspect.

Meanwhile, according to Fairfax County Police, Flynn was arrested following an incident at the same 7-Eleven nearly a decade ago.

In July of 2007, police said Flynn was charged with robbery after he stole a purse from a woman walking into the store.

He has also faced charges since then of DWI, public swearing, public intoxication and eluding police, county court records show.