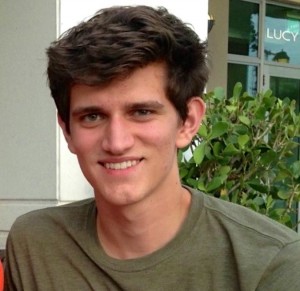 Friends of Connor Golden are holding a fundraising concert to help the 19-year-old Oakton High graduate who was hurt in an explosion in Central Park last month.

“#ConnorStrong — A Benefit Concert for Connor Golden,” is Sunday at 9:30 p.m. at Jammin Java in Vienna.

Golden, a 2015 Oakton graduate who attends the University of Miami, was vacationing in New York City on July 3 when he stepped on explosive material in Central Park. The injury from the blast caused his leg to be amputated just below the knee.

Oakton High Chorus families have started the Connor Golden Fund to help Golden, who aspires to a career in music engineering, with medical and rehabilitation expenses. More than $66,000 has been already been raised in the Go Fund Me campaign.

The benefit concert will feature a mix of talent representing Oakton High School students and graduates, as well as local singers, musicians, and bands, says the Go Fund Me Page.

Tickets are $15 for general admission/$30 for VIP seating.