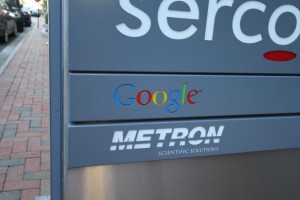 Reston is among 12 test markets nationwide selected by Google to test its new high-speed wireless broadband.

Google recently filed with the FCC to test a new product, Google Fiber, in the locations for a period of two years.

The company chose those cities for their “radio propagation environment, buildings and foliage to test interference, pre-existing Google infrastructure and “existence of partners who may participate in the tests,” according to the filing and reported by Engadget.

In telecommunications development, one of the biggest bottlenecks is often the “last mile,” or the piece of a network required to deliver service to a consumer or business. In fiber optic deployments, like Google Fiber, that often involves laying additional cables to connect homes or offices to the network.

Google Fiber is likely to cause competitors like Verizon and Comcast to up their game, tech analysts say.

Google notes in the filing that these tests won’t involve the average user. Only Google employees, contractors and “trusted testers” under close supervision will get to try out the wireless fiber.

Read more about the high-speed fiber in this San Jose Mercury News story.