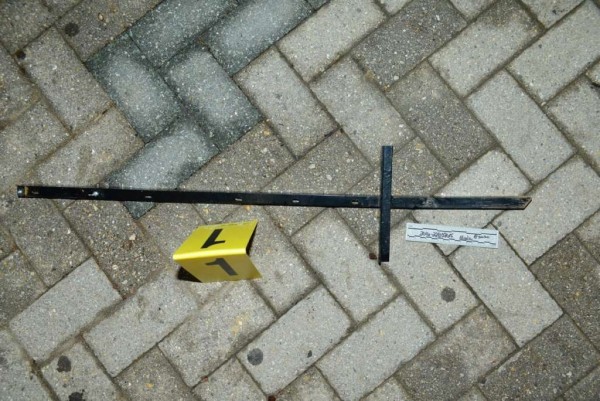 The man who was shot and killed by a Fairfax County Sheriff’s Deputy on Monday night near Inova Fairfax Hospital appeared to be in a mental health crisis as he pulled a metal signpost out of the ground, striking a security officer and lunging at other authorities, Fairfax County Police Chief Edwin Roesller said.

The Sheriff’s Deputy who shot the man had tried to negotiate with him to put the sign post down, Roessler said at a Tuesday media briefing. When he was unable to diffuse the situation, he shot the man.

The man was immediately given first aid by officers at the scene. Fairfax County Fire Rescue personnel arrived and transported the man back to the hospital, where he died from his injuries about 4 a.m.

“This is a tragic loss of life and includes an event where someone else was injured,” Roessler said. “This is an active situation.”

Police have not identified the man, pending notification of next of kin. Roessler said he was a 29-year-old Hispanic man.

Here is what happened, according to police.

The man was released from Inova Fairfax Hospital, where he was being treated for an undisclosed issue, shortly before 10 p.m. Monday. He was escorted by security staff to a bus stop near the complex’s green garage.

Within a few minutes, two emergency calls came in that someone was swinging a weapon at the bus stop. Hospital security responded, and a guard was struck and injured with the signpost. Security then called 911.

A Fairfax County Sheriff’s Deputy, on routine assignment guarding jail inmates at Fairfax Hospital, heard the 911 call and responded (as did FCPD officers). The deputy at the scene was an 18-year department veteran who has crisis intervention training, Sheriff Stacey Kincaid said.

“The deputy was crisis trained as was attempting to negotiate,” Roessler said. “But the man raised the post and began charging. The deputy gave the orders to cease and he was trying to retreat, but the man kept charging. He fired his duty weapon, a 40-caliber Glock, and struck the man.”

At first, FCPD said the man’s injuries were not life threatening. A autopsy will be performed, police said.

Anyone who might have witnessed this incident is asked to contact the Fairfax County Police Department at 703-691-2131.