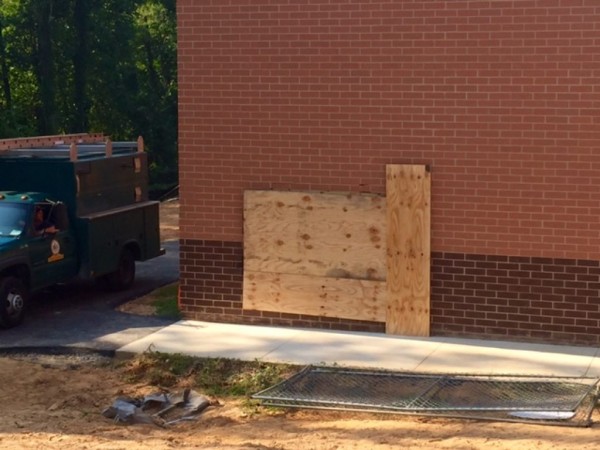 It was a business as usual at Reston’s Terraset Elementary School on Wednesday, the day after a dramatic crash of a passenger van into a wall of the school.

The crash occurred about 3:45 p.m., just prior to Terraset’s dismissal on the first day of school. The driver of the after-care van appeared to have jumped the curb that then traveled downhill before striking through the brick wall of the school’s new art room. 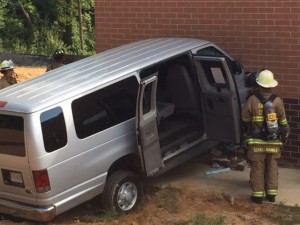 The school recently underwent a multi-year renovation project. Tuesday was the first day of classes at a completely renovated school.

There were no serious injuries.

Fairfax County Police are still investigating the crash. They have not yet identified the driver and said charges may be pending, said FCPD officer Don Gotthardt.

Terraset Principal Lindsay Trout said the damage was to the art storage room, which will be blocked off until it can be completely repaired. She said the brick repair will begin within days.

“The building is structurally sound and no other electrical or other issues,” Trout said.

She also added praise for the Terraset staff and parents for keeping the students calm during a hectic dismissal that included fire trucks and other recuse vehicles on campus.

“They did an amazing job getting 550 students home safely in that situation on day one of a school year,” Trout said.