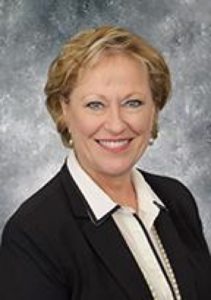 Fairfax County Public Schools Superintendent Karen Garza announced on Monday she would leave the school system in December for a new job as President and Chief Executive Officer of Battelle for Kids (BFK), an education nonprofit in Columbus, Ohio.

Battelle for Kids signed a five-year contract with FCPS in April 2015 to provide professional development and school improvement practices for FCPS’ Department of Instructional Services.

“Additionally, BFK will strategically build the capacity of a core team of district personnel as Rounds Facilitators, and will provide turnaround leadership development for the administrators of these
schools. As an extra benefit, BFK will provide access to 15 online courses on Formative Instructional Practices (FIP) to the leaders and teachers at the six campuses during the 2015-2016 school year.”

BFK says through their process, schools learn what is going well, what is not working and how to improve it. and instill “a culture of learning and self-reflection.”

Under FCPS rules, BFK’s history does not appear to be a conflict of interest because Garza was not directly involved in awarding the contract.

She told The Washington Post on Monday she was made aware of the BFK job when contacted by a recruiter this summer.

Garza, who came from Texas to lead FCPS in 2013, signed a four-year contract extension in July. The extension increased her salary by 3 percent, to $300,000.