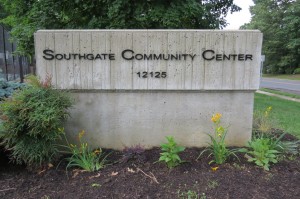 Fairfax County Police are investigating a shooting that injured a man who witnessed a fight at Southgate Community Center in Reston on Wednesday.

Police were called to the rec center in the 12100 block of Pinecrest Road about 9 p.m. for a report of an assault with a weapon.

The victim, a 48-year-old man, was with his 4-year-old son outside of the center, when he saw a woman arguing with two men. The two men got into a gray/silver sport utility-style car, witnesses told police.

The woman started to walk away from the area when one of the suspects allegedly discharged a gun. The victim was grazed on his upper body.

Further investigation determined that the woman and two men were acquaintances and were there to conduct illegal activity, police said.

The victim did not require medical attention and the child was not injured. The investigation is ongoing.