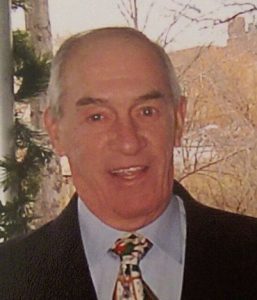 Dr. John David Farrell Sr., a Reston pediatrician for more than 40 years, died Sept. 18 at age 79 after a long illness.

Dr. Farrell, originally from Clarksburg, W. Va., was a 1955 graduate of Campion Jesuit High School, a Jesuit boarding school for boys in Prairie du Chien, Wis. He was a 1959 graduate of the University of Notre Dame.

Dr. Farrell completed his medical training in 1965 after his internship at Medical College of Virginia in Richmond, and residency at Children’s Hospital of Pittsburgh.

After being discharged in 1969, he continued to serve in the U. S. Navy Reserves receiving an honorable discharge as Lieutenant Commander April 1975. He received the National Defense Service Medal, Vietnam Service Medal and Vietnam Campaign Medal.

In 1985, he moved his practice to Sunset Hills Professional Center. The practice still bears his name and has provided care to thousands of young patients in Northern Virginia.

“Dr. Farrell was such a good clinician that in 1989, when my daughter was diagnosed with leukemia, he knew the diagnosis before the blood test came back,” said Reston resident John Farrell, a lawyer who often joked with the doctor because the two shared the same name.

Family will receive guests on Friday, Oct. 28 from 6-8 p.m. with a memorial service to be held Saturday, Oct. 29 (time and location pending).

More information and a condolence book can be found at www.adamsgreen.com.