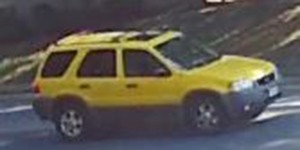 Fairfax County Police are still looking for a suspect in the fatal hit-and-run on North Shore Drive on Aug. 28.

Seo was crossing North Shore Drive at North Village Road about 5 p.m. on Aug. 28 when she was hit by a vehicle that did not stop, according to authorities.

Said one commenter, who said he witnessed the crash, on a previous Reston Now post about this incident:

We arrived on the scene immediately after the incident and my ‘significant other’ (a nurse) attempted to assist the victim.

Absolutely no excuse for the driver leaving the scene. Unless intoxicated there is no way the driver did not known (s)he hit someone.

That being said, easy to see how the accident occurred. Because of the angle and brightness of the sun we didn’t realize there was a person lying in the street and a couple of other people standing by her until we were partially through the intersection. Only a measure of luck prevented another accident.

Police released the following flyer about the upcoming search (below). Contact them and the information provided if you have any information about the incident. 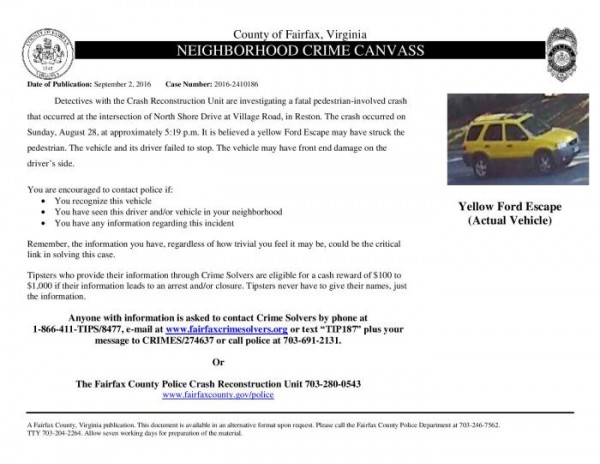