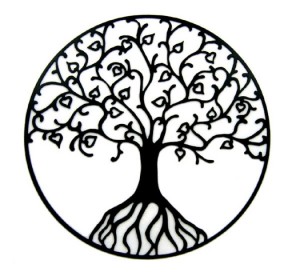 William A. Young III of Millsboro, DE, formerly of Reston, passed away peacefully, after suffering a stroke, at DE Hospice on Sunday, Sept. 25.

William “Bill” Young was born in Philadelphia, PA on July 6, 1942.  He was the son of William A. Young, Jr. and Lenora Stephens Young. Bill graduated from Central High School in 1960.

He went on to Bates College in Lewiston, ME graduating with his Bachelor’s Degree in Economics in 1964. He then moved to New York to attend Columbia University, earning his MBA in 1966. Bill then started his own company, Boone, Young and Associates with another Bates College graduate, David Boone.

Bill moved to Reston in 1974 to work for the Federal Government in the Office of Management and Budget (OMB). Following his work with OMB he worked for BDM, EDS and other Washington, DC area consulting companies. His last position was with the Fairfax County Office of Economic Development.

Bill was an active member and Deacon of the United Christian Parish, serving on many of their boards during his 35-plus years living in Reston. He became very active with their prison ministry and then with Kairos Prison Ministry International.

Following his retirement to Millsboro, DE, near Rehoboth Beach, he joined Epworth United Methodist Church and again became an active member starting a Kairos Prison Ministry program there, as well.

Bill was always involved in numerous volunteer organizations that attempted to better the lives of others.  He was an active member of the Bates College Alumni Association, the Advisory Board of the Business School at Shenandoah University and an advisor for student life at George Mason University.  He later became a member of the Board of Directors of the National Development Council.

Visitation will begin at 10:00 am with the service following at 11:00 am.  Distribution of ashes in the Memorial Garden and a reception will follow the service at the church.

In lieu of flowers, the family requests donations be made to Epworth United Methodist Church and United Christian Parish.

END_OF_DOCUMENT_TOKEN_TO_BE_REPLACED

More Stories
Pet of the Week: MaeCapital Bikeshare Will Launch in Reston Oct. 21