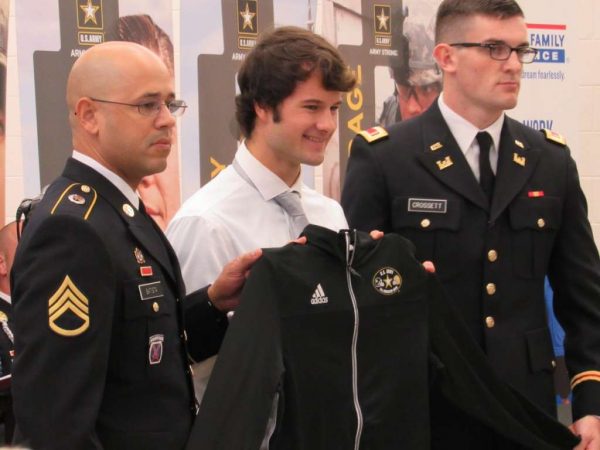 Honor For SLHS Band Member — David Clark, a member of the South Lakes High School marching band, has been selected to the U.S. Army All-American Bowl Marching Band. He was honored at a ceremony at the school Oct. 20. He is one of 125 high schoolers nationwide selected to the group, which will perform at halftime of the U.S. Army All-American Bowl. Jan. 7 in San Antonio. This is the third straight year a SLHS student has earned a spot.

Fairfax County Considering Schools In High-Rise Buildings — The Fairfax County Board of Supervisors will hold a hearing Nov. 1 on a new policy to allow the development of “urban” or “vertical” schools in high-density areas or on parcels of limited size. [Reston 2020]

Drill At Dulles Saturday — The Metropolitan Washington Airports Authority will conduct an emergency response and recovery exercise at Washington Dulles International Airport during the overnight hours of Saturday, Oct. 29, into Sunday, Oct. 30. Numerous emergency vehicles and response personnel will be visible at the Main Terminal between 11 p.m. and 4:30 a.m. During the exercise, a portion of the Arrivals (baggage claim) level inside the Main Terminal will be closed to the public.

Nearby: Man Fires Gun Near Worldgate — Herndon Police arrested a man after he shot a gun at in the parking lot of Worldgate Centre earlier this month. [Patch]

More Stories
Thanks to Our Sponsors and AdvertisersMonday: Changes at Herndon-Monroe Park and Ride