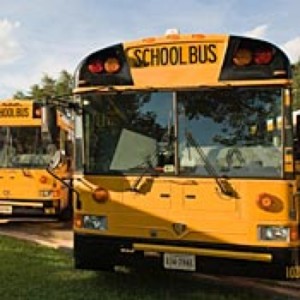 It’s official: The first day of school in Fairfax County next year will fall in August, marking the first time in decades that area schools will start before Labor Day.

The Fairfax County School Board approved the calendar for the 2017-18 school year this week, with school starting on Monday, Aug. 28, and ending earlier than usual, on Friday, June 15.

Although the law in Virginia — called the “Kings Dominion Rule” — mandates that school should start after Labor Day, Fairfax County Public Schools applied for a waiver from the commonwealth. FCPS was informed in February that it could get the waiver until at least the 2019-20 school year because the district had canceled school an average of at least eight days per year in at least five of the past 10 years due to inclement weather.

In the 2013-14 school year, FCPS was forced to add three days to the end of the school year due to missing more than the maximum number of school days allowed, Washington Post reported.

Following that school year, discussions began about starting the instructional calendar earlier. This past spring, the district polled families to gauge their support for moving the first day of school into August.

Parents who participated in the survey were fairly evenly split, 52 to 47 percent, between those in favor of and those opposed to the earlier start date, respectively. More than 60 percent of responding FCPS staff said they favored the change.

Outgoing FCPS Superintendent Karan Garza had long advocated for the change as well.

“These changes are being made to provide more instructional time before winter break, enhanced flexibility to help students and school staff members meet college application deadlines, and to end the school year earlier in June,” FCPS officials said Thursday.