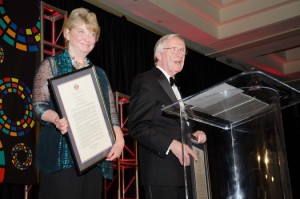 Howell and Plum will hold their annual pre-legislative session town hall at the Reston Community Center at Lake Anne on Monday, Dec. 19, at 7:30 p.m.

Several hot-button issues appear to be on Howell’s and Plum’s radar, as evident by a number of bills they are are sponsoring as a chief or co-patron for 2017.

Among them are issues such as including restoring rights for felons and allowing for more absentee voting; rights for same-sex couples; and changing the Commonwealth’s constitution in regard to how Virginia’s Electoral College votes for presidential candidates are decided.

Both Howell and Plum are co-sponsoring HB-1482 with Del. Marcus Simon of Falls Church, a bill that would enter Virginia into an interstate agreement to elect the President by popular nationwide vote. If approved, Virginia’s Electoral College votes would go to the candidate that receives the most popular votes nationwide across all 50 states and the District of Columbia.

The politicians are also co-sponsoring two bills regarding the rights of same-sex couples. HJ-538 would repeal the constitutional amendment approved by referendum in 2006 that defines marriage as a union only between one man and one woman. HB-1395 would repeal laws prohibiting same-sex couples from being bestowed the same rights and responsibilities of legally married couples. Both bills call the current laws unconstitutional based on the U.S. Supreme Court decision of Obergefell v. Hodges in June of 2015.

Additionally, Howell and Plum are working on legislation regarding voting matters. Both support HJ-540, which would prohibit the disqualification of persons previously convicted of felonies.

A bill Howell is co-sponsoring has to do with laws regarding marijuana offenses. Under SB-784, an adult would not lose their driver’s license for six months if found guilty of simple marijuana possession. The law would not apply to juveniles. SB-784 would be contingent upon written indication from the U.S. Department of Transportation that Virginia would not lose any federal funds as a consequence of passing the bill.

Monday’s Pre-Session Town Hall is open to the public and begins at 7:30 p.m. at the Reston Community Center at Lake Anne, which is located at 1609-A Washington Plaza.