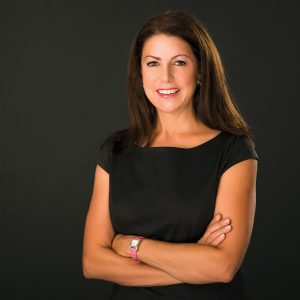 (Updated at 3:58 p.m.) Reston Association North Point Director Danielle LaRosa said she plans to resign from the board to spend more time with her family.

LaRosa will remain until her replacement is chosen. Her last day is April 11, and by the time she leaves, she will have served a total of three years on the board.

LaRosa announced her resignation in an email to the RA’s CEO, Cate Fulkerson, and other members of the board on Thursday.

“Due to family commitments, coupled with the number of board and committee meetings, I feel that my resignation would be best for my family and for North Reston as a whole,” she said in a statement. “I have loved being a member of this board and I will treasure the conversations that I’ve had with my neighbors as we’ve worked to better our community.”

LaRosa’s replacement will be responsible for handling issues such as the proposed St. Johns Wood development.

Mike Leone, the RA staff’s director of communications, said that LaRosa realizes that as a representative of her neighborhood, she feels whoever fills her position should be someone who can pay full attention to such projects.

“She feels [St. Johns Woods] is an important project that requires a lot of time and attention, given its importance to the North Point District,” Leone said. “Since she feels she needs more time for her family, she feels personally that it’s important that whoever fills that position has enough time and commitment to attend all meetings, like the Design Review Board, Planning and Zoning, and other meetings within the governing body, since they are so important to that project.”

In addition to being the representative for North Point, LaRosa also served as the board’s treasurer. However, Leone said important positions such as president, vice president, treasurer and secretary are decided each year during a newly-installed board’s first official meeting. Therefore, LaRosa will continue to serve as the treasurer until a new one is decided after the election in April.

“Right now, her decision to resign leaves the [treasurer] position to be filled as well, but it won’t necessarily be the person who succeeds her,” Leone explained.

LaRosa’s resignation means there will be a total of four seats on the nine-member Board of Directors up for election in the spring.

In addition to North Point, the Hunters Woods/Dogwood District representative, an at-large board member, and the Apartment Owners representative are also up for election. Those positions are currently filled by Lucinda Shannon, Jeff Thomas, and Board President Ellen Graves, respectively. Their three-year terms are up on April 11, 2017.

In order to run for a seat on the board, a potential candidate must write a candidate statement and obtain signatures of support from at least 25 different households within their district, or in all of Reston if running for an at-large position,

Candidates must reside within the boundaries of the Reston deed, and may not have any outstanding balances owed to the association.

An information session for interested candidates will be held at RA Headquarters (12001 Sunrise Valley Dr.) at 7 p.m. on Wednesday, Jan. 4, 2017.

Voting by RA members will take place in-person and by mail-in ballot between March 3 and April 3, with results being announced on April 11.

Visit the board’s election page for more information on running.