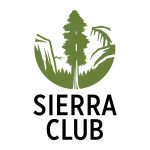 Concerned citizens plan to meet soon in Reston to discuss worries they have about the future of environmental legislation.

The Sierra Club’s Virginia Chapter and the Sierra Club NOVA Hub organize monthly “Climate Action Night” events in Reston. Kelsey Crane, Northern Virginia program coordinator for the Club, says this month’s meeting — the time and date of which are in flux — will discuss major fears regarding the incoming Trump Administration.

“We are going to be looking at some of the terrible climate deniers that Trump has in important positions and how we can work with our senators to have them block those nominations and stand up for the environment,” Crane said.

In November, Virginia was one of 18 states to pledge support of President Obama’s Clean Power Plan. Oklahoma Attorney General Scott Pruitt, President-elect Donald Trump’s choice to head the Environmental Protection Agency, is a strong opponent of the legislation.

U.S. Rep. Gerry Connolly (D-Va.) of Fairfax County called the pick of Pruitt part of a “Cabinet of Horrors” being assembled by Trump:

“The decision to appoint an individual who has repeatedly tried to stymie and rollback important environmental regulations — and a climate change denier no less — to head the very agency charged with protecting public health and safety is reckless, cynical and must be opposed.”

The Sierra Club is asking its supporters to show their displeasure with Pruitt’s nomination by petitioning Senate. They contend the Clean Power Plan offers an “unprecedented opportunity” in the effort to “reduce harmful carbon pollution by increasing our use of energy efficiency and renewable energy.”

Crane said the Club is concerned about protecting not just the Clean Power Plan, but other existing efforts to battle greenhouse gases, including the nation’s participation in The Paris Agreement.

“This is our first meeting of the year to really get together and strategize what are the biggest priorities we can put our attention and our efforts onto to protect our environment against what could be a disastrous administration,” Crane said. “[We’ll be looking at] how we can build a strong base of advocates and people who can do outreach in our community, to our media and to our decision makers.”

Local Climate Action Nights are usually held at the Reston Regional Library, Crane said, and they are open to the public. For further information about this month’s meeting and other local efforts, contact Crane at 703-438-6246 or [email protected].