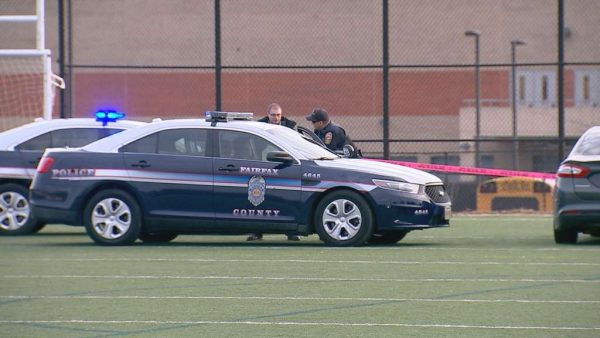 The Fairfax County Police Department has released more information about the suspect in a Sunday afternoon stabbing near South Lakes High School.

Police say the suspect is a Hispanic male in his 20s. He is around 5 feet 4 inches tall and about 170 pounds. He was wearing a black shirt, black pants and a blue jacket. He may drive a blue Subaru STI.

According to police, the man stabbed two people when a fight broke out during a pickup soccer game at about 2:20 p.m. Sunday.

An argument broke out during the game and punches were thrown. At some point, one man took out what was believed to be a box-cutter and allegedly cut two players on the opposing team. Responding officers rendered first aid until rescue arrived. Both were taken to a local hospital; one with life-threatening injuries. Both victims are now expected to survive.

Today’s FCPD press release lists the suspect as white; however, a spokesperson at the police department confirmed the suspect to be Hispanic, as was originally reported.