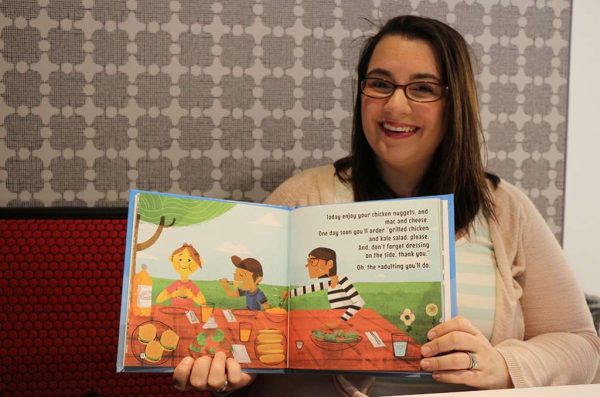 Alissa Buoni says her 5-year-old daughter is always starting sentences with “When I grow up.”

“It just got me thinking,” Buoni said. “There are some pros to being an adult, but [my daughter] should really enjoy being a kid.” 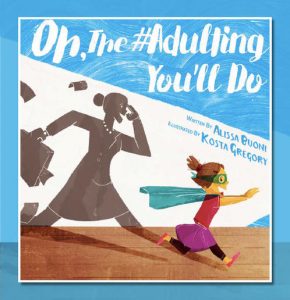 With that thought in mind, the 2002 South Lakes High School graduate penned her first children’s book, “Oh, The #Adulting You’ll Do.” The book reminds children, Buoni said, that there are a lot of responsibilities associated with the fun of being an adult.

“Trust me, you’ll get to a point where you can make those [grown-up] decisions for yourself, but there’s sort of a price for that,” she said. “It’s not meant to scare kids from adulthood either, because … obviously there’s things adults enjoy about being adults. But you can’t go backward in time, so enjoy the moment.”

Buoni said she used the hashtag in the book when describing “adulting” as a nod to the parents, because it’s a term that is often used on social media.

“I’m on Instagram, I’m on a lot of social media, and I see my friends being like, ‘Ugh, I have to #adult today,” she said. “It’s this dreaded thing, like I’m paying my car bill or I have to go do this and that — boo to #adulting. … It follows throughout the book, kids are going to get to this stuff too.”

Buoni worked in government contracting for several years and also received a master’s degree in school counseling. She is now a stay-at-home mom, with children ages 5, 2 and 1. She says she gets ideas for writing topics from them constantly.

“[Writing] became sort of an outlet at home,” she said. “They inspire me a lot with that day-to-day fun stuff.”

Published by Rocket Science Productions, the book came together quickly once the ball started rolling, Buoni said. Now she calls holding the finished product in her hands “surreal.”

“It was definitely a process, never having done this before,” she said. “It’s been fun, and I like seeing it come to life. But it’s a lot of work, obviously.” 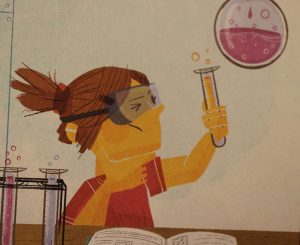 Buoni’s first child, Kendrick, tragically passed away in 2009. The loss of her son to complications of Heterotaxy syndrome and congenital heart disease has inspired her donate a portion of sales to Children’s National Hospital. Buoni has written a book on the topic of loss in families, “Make a Wish for Me,” that is scheduled to be released in April.

“Oh, The #Adulting You’ll Do” features illustrations by Kosta Gregory, a Boston-based artist. The book is currently available for purchase on Buoni’s website as well as on Amazon and other sites. It can also be downloaded through iTunes.