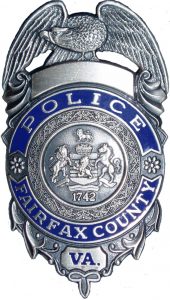 The Fairfax County Police Department has released the name of the officer who shot and killed a Herndon man in January, ending a chaotic barricade/hostage situation.

“Due to the escalating violent and threatening behavior by Mohammad Azim Doudzai and the urgent safety concerns for the person trapped in the home who was reporting to dispatchers that he was having trouble breathing, Master Police Officer Lance Guckenberger, a 16-year veteran currently assigned to the Special Operations Division, deployed his department-issued firearm to stop the active threat created by Mohammad Azim Doudzai and allowed the rescue of the trapped man in the home.”

First-aid was performed on Doudzai by officers at the scene, according to the statement, but the man died at the hospital.

Police say Guckenberger has been involved in two previous incidents where deadly force was deployed. Both incidents, according to the statement, were “determined to be lawfully justified uses of force in which the officer used great restraint while being exposed to suspects who were using weapons against the involved officer while the officer was attempting to preserve the sanctity of human life for others.”

In each of the previous incidents, in 2005 and 2010, the suspect had opened fire on police and Guckenberger’s shot was not fatal. For his role in the 2005 incident, Guckenberger was recognized with the Award of Valor from the Virginia Association of Chiefs of Police.

Guckenberger was placed on routine administrative leave after the Jan. 16 incident in Herndon. His name had not been previously released as police were waiting for a threat assessment against him to be conducted. No credible threat was discovered.