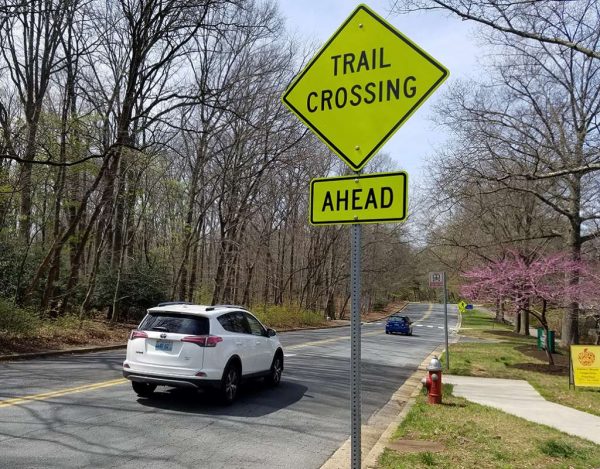 Magazine Article Makes Case for Paid Parking at RTC — A breakdown of the paid-parking controversy at Reston Town Center that appears in the April issue of Washingtonian argues that “parking is never actually free” and that RTC “was designed so people could get there without a car.” [Washingtonian]

Fifth-Graders Debate School Issues — Students from Terraset and Forest Edge elementary schools recently worked on their speech-writing and public-speaking skills as they squared off in a debate. Topics argued during the event included school uniforms, homework and recycling. [Fairfax County Public Schools]

County Asks Residents to Report Potholes Properly — Sharing a news blast originally written last February, Fairfax County is reminding residents that they can call or use an online reporting tool to let VDOT know where potholes are in the county. [Fairfax County/Twitter]

Technology Services Company Moves to Reston — CDW has moved its D.C.-area headquarters, one of 24 offices nationwide, to Edmund Halley Drive. Among the features of the new space is a technology demonstration lab featuring the latest technologies from the company’s top partners. [CDW]

Fairfax County Republican Delegate Stepping Down — Del. Dave Albo (R-Fairfax), who has served the area in the Virginia House of Delegates since 1994, announced his retirement Wednesday on the House floor. Among his legislative contributions, Albo listed securing transportation funding for Northern Virginia, closing DUI loopholes, allowing marijuana-derived oils to be used to treat epilepsy, boosting punishments for child molesters and writing the language that banned smoking in restaurants. [Richmond.com]

END_OF_DOCUMENT_TOKEN_TO_BE_REPLACED

More Stories
Crime Stats Show Fewer Calls in Reston, But Drug Offenses on the RiseDel. Ken Plum: We Need Education to Save Our Democracy