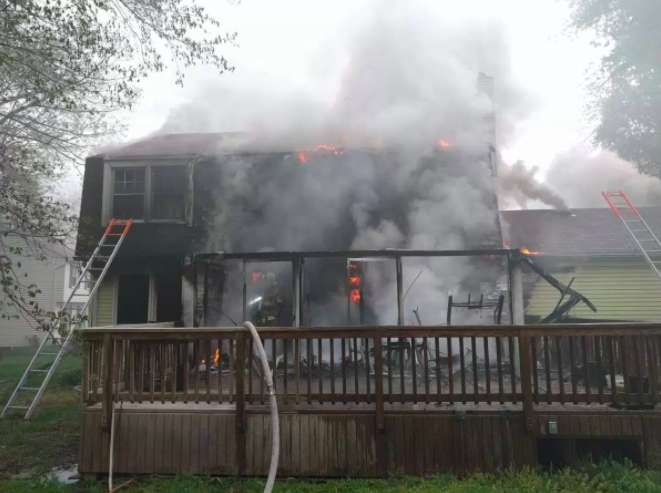 A treadmill is being pinpointed as the cause of a blaze in a single-family residence in South Reston that caused nearly a quarter-million dollars in damages.

Units from Fairfax County Fire and Rescue responded to the scene of the blaze in the 2200 block of Marginella Drive, off Glade Drive, around 8:38 a.m. Wednesday.

From a Fairfax County Fire and Rescue press release:

“Units arrived on scene to find fire showing from the rear of a two-story, single family house. Firefighters went to work extinguishing a large volume of fire in the back of the home. They were able to bring the fire under control approximately ten minutes after arrival.” 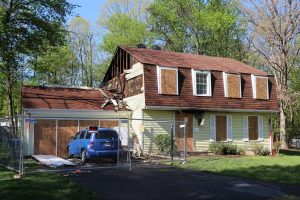 One of the home’s occupants discovered the fire and called 911, fire officials report, after which smoke alarms in the home did activate. Both occupants of the home were able to get out safely.

Fire investigators say a treadmill in the home’s sunroom was the source of the blaze.

Damages as a result of the fire are estimated at $237,466, fire officials say. At the scene Thursday morning, most of the home’s windows are boarded up, as are doors and the garage. Insurance assessors were at the scene surveying the damage.