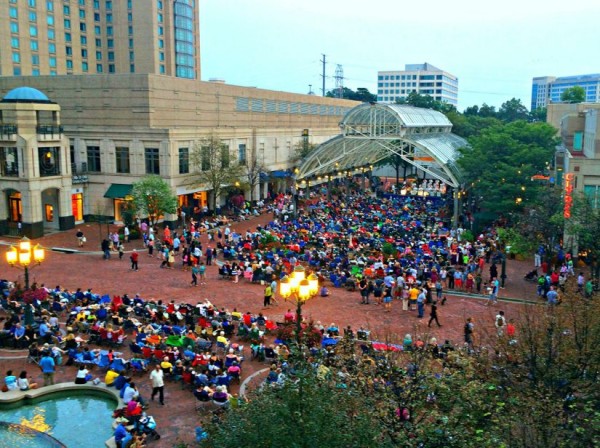 Reston Town Center has released the schedule for its 2017 Concerts on the Town series, featuring live shows on Saturday nights from June through August.

Performers in the series, which is in its 27th year, will include:

(June 17 is the second day of the Taste of Reston, which will feature live entertainment throughout.)

A dance floor will also be available for each concert, with the exception of the Navy Band Commodores show.

END_OF_DOCUMENT_TOKEN_TO_BE_REPLACED

More Stories
More Than 30,000 Expected for Fine Arts Festival This WeekendThanks to Our Sponsors and Advertisers