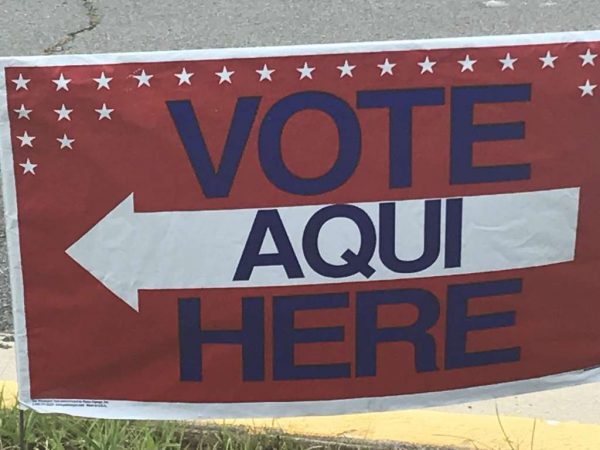 There’s still time to vote in Virginia’s primary election. Polls opened this morning and will remain open until 7 p.m.

At the North County Human Services Center, one of several polling places in Reston, voters were in and out in only a few minutes. The official Fairfax County election Twitter account reported low turnout as of 2 p.m., with only 8.6 percent of registered voters having cast their ballots.

Quite a few voters in Reston were vocal about their motives. Many came out because they are dissatisfied with the current administration and believe voting may be the solution.

“I think the midterm elections and statewide elections are very critical to the national issues,” said one voter.

But some don’t see it as a partisan issue. Some voters just wanted to see some return to normalcy in American politics.

“[Government] is focused on the wrong thing,” another voter said. “If I can send a message at the local level, that’s a start.”

Others are of the thought that voting is their duty as a citizen.

“If we don’t speak up and let people know how we feel by our votes, then we are subject to somebody else telling us what to do,” one man said.

If you need to know where your polling place is, check the Virginia Department of Elections. You will need to show a photo ID before casting your ballot.

You can also track the local results of the election on the county website.