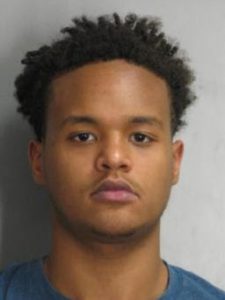 A Reston man was among 11 people arrested during a recent partnership between the Fairfax County and Loudoun County police departments to catch suspected Internet predators.

Hatim Khalid Abdelrahman, a 22-year-old from Reston, was charged by FCPD earlier this month. He is being accused of arranging to meet a young girl with the apparent intent of having sex. According to a press release sent out Friday by the Loudoun County Sheriff’s Office, Abdelrahman’s charges are “for communication with a minor under the age of 15 for the purpose of sexual contact and attempted indecent liberties.”

Other men similarly charged in the recent sting include:

According to LCSO, “as part of ongoing online investigations on suspects identified through proactive operations, the suspects arrested during the investigation resided [in], or planned on traveling to, Loudoun County. The suspects were seeking to engage in criminal sexual activity with a person whom they believed to be a juvenile.”

END_OF_DOCUMENT_TOKEN_TO_BE_REPLACED

More Stories
Where Can You Find Fireworks This Weekend in Reston, Fairfax County and Beyond?Last Day to Get Nominated for Best Reston Business Awards