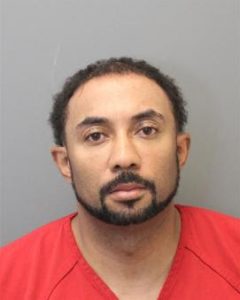 A Loudoun County jury this week told a Maryland man that his penchant for stealing wheels would cost him a lifetime in prison.

Jason Brooks, 37, who police have connected to multiple tire and rim thefts in the area, was sentenced Tuesday to more than 137 years behind bars. His arrest in 2016 followed two previous felony charges for grand larceny in Loudoun County with intent to sell stolen property.

Brooks’ sentence includes being found guilty of six counts of grand larceny, six counts of larceny with intent to sell, three counts of destruction of property and three counts of tampering with an automobile. Police in Fairfax County have said that Brooks has also been connected to seven different tire and rim thefts here between March and July 2016, two of which occurred in Herndon.

According to the Loudoun County Sheriff’s Office, Brooks’ apartment and a storage unit rented in his name contained bags of lug nuts, lug nut keys and business cards for “Jay’s Deals on Wheels.”

Following the guilty verdicts, according to an official statement, Assistant Commonwealth’s Attorney Eric Pohlner asked the jury to hand down a sentence that told Brooks “Jay’s Deals on Wheels is hereby shutdown.”

Brooks will face his final sentence from Loudoun County in October, and he still faces his additional charges in Fairfax County and two other jurisdictions.