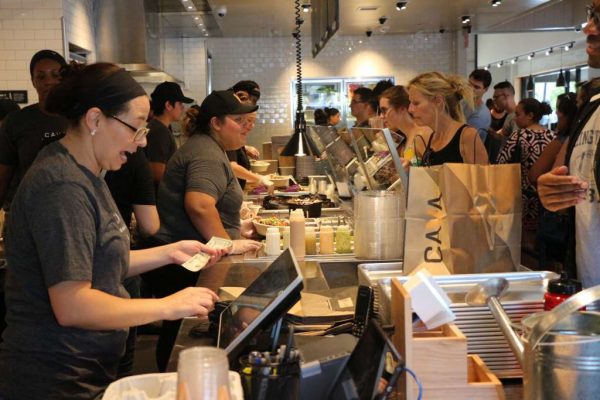 “We’ve always known Reston is a place we’ve wanted to come,” said Meg Schiffman, Cava’s director of marketing, amid the crowd during the free community-lunch event, which lasted from noon to 2 p.m. “It has been the most-requested location in the history of Cava, and we’re just so thrilled to be part of the community now.” 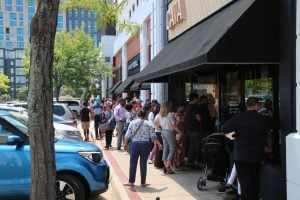 As of about 1:15 p.m., Schiffman said about 250 people had already made their way through the line, which still extended all the way down The Spectrum shopping center’s sidewalk. Schiffman said it was one of the longest lines she had ever seen during such an opening event, which Cava hosts at each of its new locations.

“Sharing a meal is part of our culture — it’s really kind of where we came from,” Schiffman said. “It’s been something we really feel is important to introduce ourselves, but at the same time to open our doors and really have a shared experience with everybody in the community.” 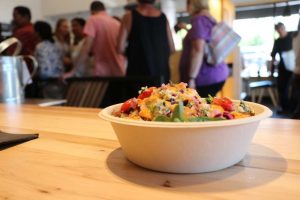 The Greek and Mediterranean fast-casual restaurant is an offshoot of Rockville-based Cava Mezze restaurant, which has five locations in D.C., Maryland and Virginia. The Reston location is the 34th Cava Mezze Grill nationwide, with plans to add several more by the end of 2017.

The restaurant will open for regular business hours, 11 a.m. to 10 p.m., beginning Wednesday.