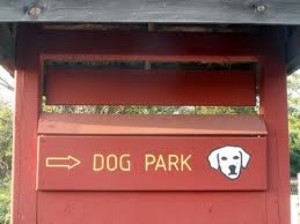 Incessant and untimely barking at the dog park at Baron Cameron Park has had residents in that area fuming for years.

The topic was addressed once again at the July meeting of the Reston Association Board of Directors, where CEO Cate Fulkerson was authorized (video) to write a letter to the Fairfax County Park Authority “strongly encouraging” allocating funds to support the a countywide dog park study.

“[The Park Authority has] put it off several times, [and] they really do need to fund that,” Fulkerson said. “There are some issues around dog parks … but also there is a need for such facilities and rules around them. It is becoming evermore a problem for the community and it’s important that they pursue it.”

Reston Association formed a Dog Park Working Group in March 2016 to address concerns of residents in the area around the Baron Cameron dog park, which opened in 2001. Moira Callaghan, one of seven residents who sought legal action in the attempt to close the park, addressed the Board (video) at July’s meeting.

“The dog park at Baron Cameron Park is extremely noisy and has serious negative impacts upon those living closely, including me,” she said. “When dog parks were established, residents were promised the county would get it right. I would like the RA Board to hold the county accountable to this.”

Callaghan, of the adjacent Longwood Grove community, said the sound of dogs barking can often be heard over the sound of cars driving by on Wiehle Avenue. She said she had also called the police eight times in recent weeks to report people using the park before its opening time.

“I have been awakened from my sleep as early at 6:17 and 6:34 a.m. on weekend mornings [in recent weeks],” Callaghan said. “I get dressed, I go outside, I go over there and I take a photo, and I send it to the county.”

According to information provided by RA, the countywide dog park study would help these issues to be addressed and corrected.

In March 2016 the Reston Association Board facilitated a community discussion on the Baron Cameron Dog Park, at the request of local residents. Recommendations developed through the community discussion were forwarded to Fairfax County Park Authority, and a dialogue has continued to take place between the two parties.

Fairfax County Park Authority also proposed a Countywide Dog Park Study to determine needs and set parameters for overall use. Due to staffing vacancies the Study has been on hold for a couple of years. Fairfax County Park Authority staff has confirmed the Study was not included in the draft FY18 Planning and Development Work Plan, but will likely be added to the FY19 Planning and Development Work Plan.

The Baron Cameron park is one of nine Fairfax County dog parks. Callaghan suggested RA encourage the county to move the park to Lake Fairfax Park, an idea that has been floated before.

“My neighbors and I have endured this for a very long time. I have carried this torch for four years now,” she said “It is horrible. We would really appreciate your help on this matter.”