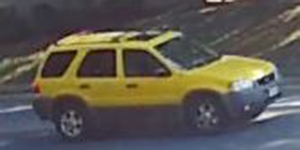 One year later, police say they still are looking for information to help them find the person responsible.

“Currently, there are no new discoveries in this case,” said Pfc. Michael Crutchman, of the Fairfax County Police Department’s Media Relations Bureau, in response to a request from Reston Now. “If anyone does have any other information, we are always willing to listen.”

The incident took place at the intersection of North Shore Drive and Village Road at about 5:19 p.m. on a Sunday afternoon. According to FCPD at the time, Seo was not in a crosswalk when she was struck by a driver who fled the scene. She was taken to Inova Fairfax Hospital, where she died later that evening. 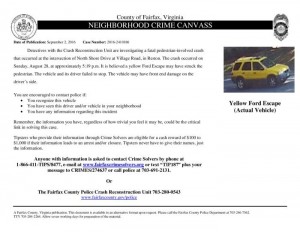 In an October article about pedestrian deaths in the DC Metro area, the Washington Post provided a profile of Seo. According to their report, she lived at Lake Anne Fellowship House and was a member of St. Paul Chung Catholic Church in Fairfax.