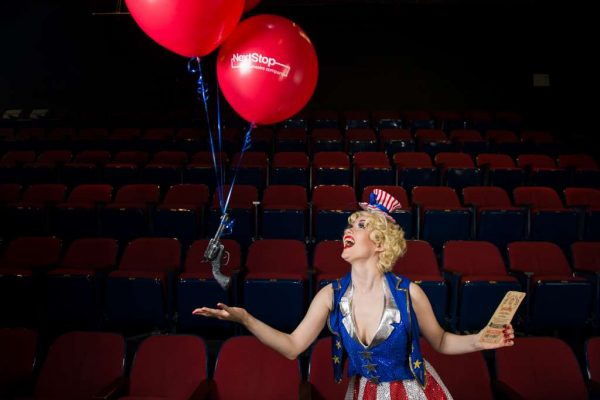 The darkly comedic show, by Stephen Sondheim, will open Oct. 19 at the theater. It depicts presidential assassins throughout American history. According to information provided by NextStop, the show “has gained relevance of late” as “the show’s themes of anger over the unfulfilled promise of the American dream mirror a deeply divided country.”

“We started talking about producing this show before [President Donald] Trump was elected, but it was already clear that the political divisions in our country are very real and run very deep,” said Evan Hoffmann, producing artistic director, in a press release. “The show is even more relevant now that we see anger and resentment boiling over that was simmering beneath the surface.”

NextStop says audiences will get “a taste of several genres of music” along with the “non-traditional history lesson.” According to NextStop, it is part of their 2017-18 series to “build the bonds of community.” The theater is currently performing “Disgraced,” a play about Muslim assimilation and identity, through Oct. 1. 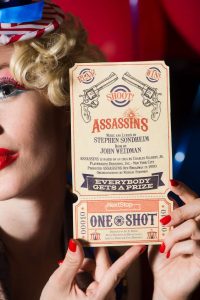 Performances of “Assassins” will be Thursdays through Sundays, Oct. 19-Nov. 12. General admission tickets start at $20, and may increase to $60 depending on performance popularity. Tickets are available online at www.nextstoptheatre.org or by calling 866-811-4111.

“Assassins” is one of a pair of shows planned at NextStop about the office of the presidency. In January, “45 Plays for 45 Presidents” will open, and NextStop says it will “provide a lighthearted counterpoint” to “Assassins.”