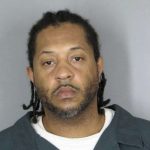 A Leesburg man has been charged in the shooting death of a Reston man 16 years ago.

Police in Prince George’s County, Maryland, say 36-year-old Antwan Green faces murder charges in connection with the case, which took place in October 2001 in the P.G. County neighborhood of Temple Hills. According to PGPD:

On October 9, 2001, at about 11:45 p.m., patrol officers were called to the 3400 block of Brinkley Road for the report of a shooting. When officers arrived, they located the victim, 24-year-old Taj Noble of Reston, in a field suffering from several gunshot wounds. He was pronounced dead on the scene.

Based on information from a witness, detectives developed Green as the suspect and subsequently charged him in this case. Detectives believe the fatal shooting may have stemmed from a dispute over money. Green is charged with first- and second-degree murder.

Green, of the 400 block of Evans Ridge Terrace in Leesburg, is currently in custody in Fairfax County on unrelated charges. He is awaiting extradition to Prince George’s County.