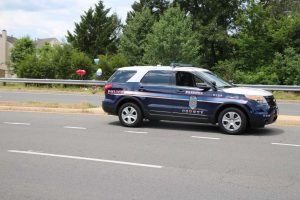 The nine-member Fairfax County Police Civilian Review Panel and the Independent Police Auditor will explain how to initiate complaints, the process once a complaint is filed and the bodies’ investigative powers. The forum, which will take place at Reston Community Center Hunters Woods (2310 Coltsneck Road), is the second public meeting about the bodies since they were created in December last year to enhance police legitimacy and maintain trust between the public, the police department and the county’s Board of Supervisors.

An ad hoc police practice review commission recommended creating the bodies after John Geer was shot by police as he stood unarmed in the doorway of his Springfield home in 2013.  Adam Torres, the former Fairfax county police officer who shot Geer, pled guilty to involuntary manslaughter last year.

The Office of the Independent Police Auditor will receive initial complaints of alleged police misconduct, which will be investigated by the local police department. For complaints about police investigations that have already been completed, the auditor will review investigations related to officer-involved shootings, in-custody death or use of force for accuracy, completeness, thoroughness, objectivity and impartiality. Findings will be made public. If the case involves alleged abuse of authority or serious misconduct, the panel will review the investigation using the same standards.

In February, the board appointed Richard Schott, a 27-year Federal Bureau of Investigation veteran as the auditor. Schott worked with local law enforcement officers as a special agent and provided training to members of state and local law enforcement agencies for the last 16 years. He is also an instructor at the FBI academy in Quantico.

At the forum, audience members can ask questions and make comments during a 45-minute period, including specific questions about the entities’ jurisdiction. Specific complaints may not be presented. The panel will listen to and record comments, but will not answer questions at the forum. A form to file complaints is available on the police department’s website.