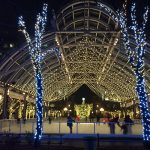 Reston has been recognized by Money Magazine as the best place to live in Virginia.

Each year, the magazine releases its picks for the best places to live in the country.  Top localities in each state were selected based on Money’s data and analysis of jobs, standard of living and education.

Here’s what the magazine said about Reston:

Reston was once just an idea. In the early 1960s, architect and economist Robert E. Simon mapped out a vision for a community that upheld open space, recreational facilities, and aesthetic beauty. Today, the thriving Washington, D.C., suburb includes expanses of parks, lakes, golf courses, and bridle paths.

The magazine also notes Reston Town Center’s unique role as a “community hub” and as the home of a Google office and five of the largest venture capital firms in Virginia. It also touted the community’s Metro rail station.

END_OF_DOCUMENT_TOKEN_TO_BE_REPLACED

More Stories
Salty About SALT? What to Know About Your DeductionThursday Morning Notes