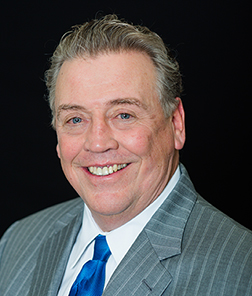 Voting in the 2018 Reston Association Board of Directors election will run from March 5 through April 2. This week, we will begin posting profiles on each of the candidates.

Featured here is Ray Wedell, who is facing three other candidates for the at-large seat for a one-year term. The profiles are in a Q-and-A format. With the exception of minor formatting edits, profiles are published in unedited form. Each candidate had an opportunity to answer the same questions in their own words.

I have little doubt that you will be flooded with answers that say people have lived here for an eternity (or at least most of their adult lives), and that Reston’s ambiance, environmental planning, diversity, etc. were driving forces. All well and good, I consider all these givens about our community.

Here is my reality: I have lived in Reston for 19 years. I used to live in a vast mansion in Oakton, living a dream life with dream kids, and a dream….well, modern world realities forced me out of that life because my ex-wife thought it would be a great idea to get a divorce. ‘Nuff said.

I needed a place to stay, and one which would be a good place for my then-10 year old daughter and 7-year old son. I rented a town house in North Reston, not because of any long research on Bob Simon or the Reston vision, but because it seemed like a nice place to rent for a year until we could get our lives back into some sort of order. That was 19 years ago; I am still here.

Reston was the first community I lived in that reminded me in many ways of the Long Island town I grew up in, Malverne. Back then, there was now internet or PlayStation, and kids played outside. All of the schools and playing fields were located on the borderline of the neighboring black community, Lakeview. Imagine the Toll Road from Hunter Mill exit to Reston Parkway, and all that corridor land being open ball fields and a junior and senior high school. Instead of the Toll Road, we had Ocean Avenue that divided the Lakeview community with Malverne. As the Toll Road divides Reston into North and South, Ocean Avenue divided us the same way.

But in Malverne, kids met at the ball fields at an early age. It is what we did; not play on an iPad. We chose teams and played extremely competitive basketball or touch football games, and the intensity of the play brought out the best and worst in all of us. After all, everyone likes to win. But we laughed, argued, teamed up with, and teamed up against,  each other in a way that ludicrous factors like someone’s skin tone had nothing to do with any of it. You either hugged or fought a person of different race on a daily basis; often the same person on each side of that coin from day-to-day, depending on which team you were chosen to play on that day.

As we all “grew up” (or at least some of us did), most of us had a much different perspective on the news of the day. None of us needed “diversity training”, or to be told how screwed up things were in Selma, Alabama. And the violence of 1968 did not spill over to our communities, although based on population demographics and mood of the times, most outsiders predicted it would. Awareness and action, yes. Blindly categorizing people by race? Not in our communities.

I mention the above because my son was a superior basketball player at age 8. He used to watch Pete Maravich instructional videos from age 3, and we had two hoops set up at our house at a lower height for him to play. The beautiful hardwood floors inside, and the wide portals between rooms, were perfect for Scott to practice his dribbling in the house most of the day. When in Reston, Scott would love me to take him to the Southgate Community Center, where they had exceptional outdoor basketball courts, one set of hoops set at 8 feet to accommodate smaller kids. He played in youth leagues at Southgate, and grew to know many kids who would later be friends and teammates/opponents in basketball games as he grew older. Scott was much different from all the other kids, being small, blond, and always smiling. But kids do not carry the same gremlins in their heads as adults, and Scott was always chosen early to be on the team with kids who looked nothing like him. Kids wanted the best players on their team, and want to win. What that person looked like never matters.

So we had that semi-Malverne factor working for Scott, and the vast bicycle paths and “cool places” to hang out appealed to my daughter. So Reston had things about it other communities simply did not have. Therefore, my one year trial period turned into what is now 19 years and counting.

Thank you for your patience in allowing me to tell you a part of my story.

I used to play golf with my son every weekend. So the thought of Reston National Golf Course being re-zoned (leading to inevitable building later on) just stuck in my craw. I joined the Rescue Reston movement, becoming a Director. The Rescue Reston movement proved to me the power of a dedicated community to force the right thing to be done, despite “odds being so stacked against us”, and all sorts of reasons leading people to give up, or simply compromise away their own rights. Common sense told me it was right for citizens to rally in full harmony behind this, so that was the beginning of my “public service” in some way.

But again, I am not going to join the chorus of those who will tell us about their need to “give back to the community” and all that.

I am reminded of this story: A Greek billionaire is hosting a party on his yachts in the rough Aegian waters…..His beautiful daughter falls overboard….. the man panics and screams, “Any man who saves my daughter will have her hand in marriage, a new yacht, and a mansion on the Sea.”…..just then a man is hurling through the air, splashed into the sea, swims to the daughter, gives her his life jacket, and eventually saves her……A news reporter is on board and decides to interview this ultra-courageous man: “You leaped overboard to an almost certain death to save this woman! What do you have to say?”….. The man gazes at the people all around him and screams, “WHO PUSHED ME???!!”

Why did I run? There was a person who continuously “reminded” me that I needed to run for the Board three years ago. Relentlessly. I had no idea at first what that meant. But persistence paid…..so I was pushed.

Reform and Improve….I will have much on this topic in coming weeks. The current R.A. Board has the potential to institute major changes that are absolutely necessary in how the Board works FUNDAMENTALLY. The incumbents are smart and want things to run right. There are several reform candidates who could join them and really turn this ocean liner around. The idea that we have to continue to function in the same status quo ways, just because “that is how we do things around here” definitely needs to die a quick death. The current Board actually showed some promise in going in this direction. Nobody understands the inner workings of this Board and what needs to happen to get the RA  train on the right tracks and headed in the right direction.

Here is a late-breaking news flash: The Reston community is undergoing massive growth and things are going to change. If Amazon chooses this area for its “HQ-2” site, this growth  will be exaggerated.

Will we remain a vibrant and cohesive community, able to shape the growth in ways that make sense to us as a community? Will internal differences of opinion split the community, or will it lead to a different form of harmony and diversity than what people are accustomed to seeing?

Other concerns pale in comparison to these, but I have detailed position papers on many that I will soon release.

I have an expectation, not a hope.

An expectation that after spending the last six months in extremely positive environments, communicating with positive and forward-thinking people, that I can take an in-depth knowledge honed by 2 1/2 years of eye-opening recent experiencing on this RA Board, combine it with a refreshed spirit and new ideas, and convert these as follows:

My personal and professional experience with this institution and how it works (or doesn’t) overshadows other professional experiences. Having said that, the current Board totally ignored my opinion on issues that were “in my wheel house” last year. This should NEVER happen, and the demands on the volunteer Board have reached a point in which there are simply too many issues and too many extraneous things thrown to the Board that should be addressed elsewhere. This has led to valuable individual positions being ignored on MAJOR issues. This is a major point I plan to make in keeping the Board ON POINT with those things that truly require long-term guidance and sound decisions.

I have more degrees than a thermometer. I also am a Chartered Financial Analyst, CFA, which for those who are not aware, is a grueling designation that cannot be earned in less than three years. In my younger days I was employed at HUD, and truth be told, going to school at night became a way to alleviate much of the boredom of my day-to-day job. So now I can claim formal “expertise” in Psychology, History, Business Administration, Public Administration, Financial Markets, School-of-Hard-Knocks, and all sorts of other things I rarely use directly, but nonetheless….they are there.

I have worked in the most stultifying environments known to mankind (HUD in the 1970s and early-1980s), and the most free-wheeling, anything-goes capitalistic environment (Wall Street trading desks). I clearly do not want to see RA run along the lines of either model. However, I warn the community of this: The empire building that is underway and somewhat unchecked at RA is very reminiscent of the internal growth of HUD in the 1970s. Please do not allow that to happen in our Reston Government. It is the 21st century: take cues from the successful 21st century business leaders, and don’t allow endless silo-building within the organization to occur. This is not an easy fight, but a necessary one.

My current business is buying and selling residential real estate in Reston. I am “out and about” on a daily basis, and have a really good idea of the attributes in all of our Reston neighborhoods. It is my job to understand  the people of Reston, from age 20 to 100, whether living on a lake front home or in a 40-year old South Reston condo.

The bottom line is this: I KNOW how to focus on the major issues and how to make sure we fight for that which is important to the people. I did not get this from TCU, George Mason University, American University, or from working in the Federal Government or on Wall Street. I always try to live it. I always try to walk the walk.