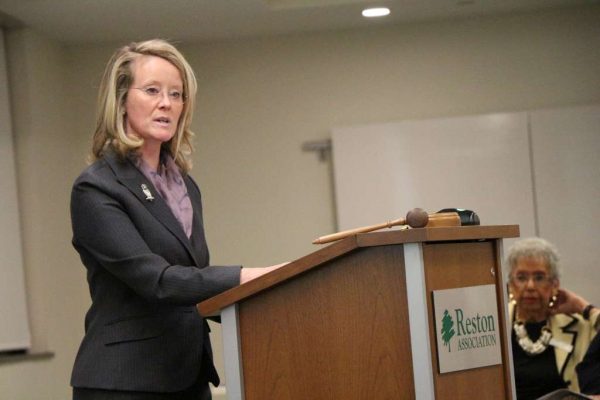 Cate Fulkerson will no longer serve as Reston Associations’s CEO, leaving the top position in the quasi-governmental entity vacant ahead of board elections next month.

Effective March 1, Fulkerson will transition to a special advisor role. RA’s Board of Directors will appoint an acting CEO as the search for a new leader begins.

As of Monday night, it is unclear why Fulkerson is leaving. Her contract was set to expire on October 31.

A longtime staff member, Fulkerson was hired in 2013 after the departure of former CEO Milton Matthews, who now heads the Columbia Association in Columbia, Reston’s sister city. Fulkerson’s relationship with RA begin in 1991 when she was hired as a tennis program assistant, a position that led to a variety of other roles.

In a statement, she wrote the following:

“Although I am sad to leave the association after serving these past 26 years, I am proud of what has been accomplished, especially during the last five years. I expect to continue to reside in Reston and support the association in all of its endeavors, and I am thankful to have had this opportunity to serve my community.”

The news comes as RA prepares for board elections beginning next week. Four seats on the nine-member board are up for grabs.

In closed session on Feb. 9, the board unanimously passed a motion to remove one item off of its agenda: establishing the CEO’s goals for 2018.

The board also unanimously passed a move to encourage the board’s preident to engage special counsel on issues discussed in the closed session.

(Updated Tuesday, 5:52 a.m., with information about two board motions related to the CEO’s departure).