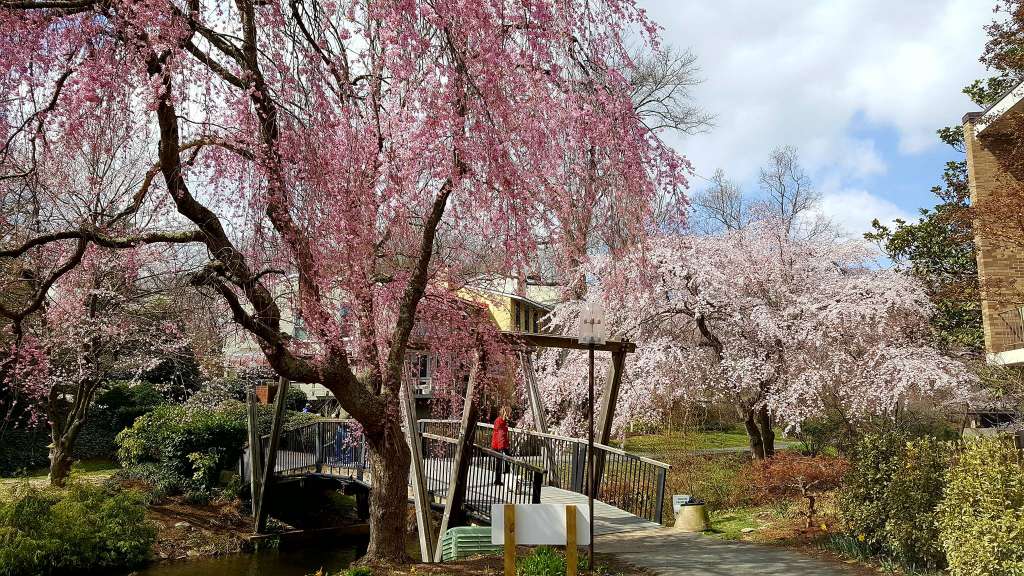 Bear Season Is Upon Us — Fairfax County police warn local residents, this is actually black bear country. This is the time of year that bear reports of bear sightings start to increase, as the creatures wake up from their winter slumber between March and May. Locally, bears may wander into residential areas, drawn in by the smell of food inside homes. They are also attracted to the scents of bird feeders, garbage, outdoor pet food, compost piles, fruit trees, beehives, and berry shrubs. Police recommend bird feeders be taken down for the next several weeks, that garbage cans not be left outside for too long, and to bring outdoor pet food inside. (Fairfax County Police)

Reston Companies Make List of Forbes’ Best — Two Reston-based companies earned themselves a spot of Forbes Magazine’s list of the best employers. While major companies like Michelin Tires, Trader Joe’s grocery stores and Google topped the list of America’s best-rated companies to work for, Reston-based Leidos came in at number 327, and NVR–comprised of Ryan Homes, NVR Homes and FoxRidge Homes and Heartland Homes–came in at number 368. (Patch.com)

Reston Company Helps to Solve Cold Cases — Reston-based Paragon Nanolabs is garnering quite a bit of buzz lately. The company has been using DNA evidence to create 3D images and profiles of previously unidentifiable victims and suspects in crimes. The process, which they call “Snapshot DNA Phenotyping,” uses a person’s DNA evidence to predict traits such as a person’s eye and hair color as well as more complex features such as skin tone, face shape, and even whether or not the person has freckles. One of the company’s biggest successes so far was when, in 2016, the company identified the man they believe is responsible for the 1997 rape of a California woman. (NewsChannel 5)